What we know about East Lansing dispensary applicants 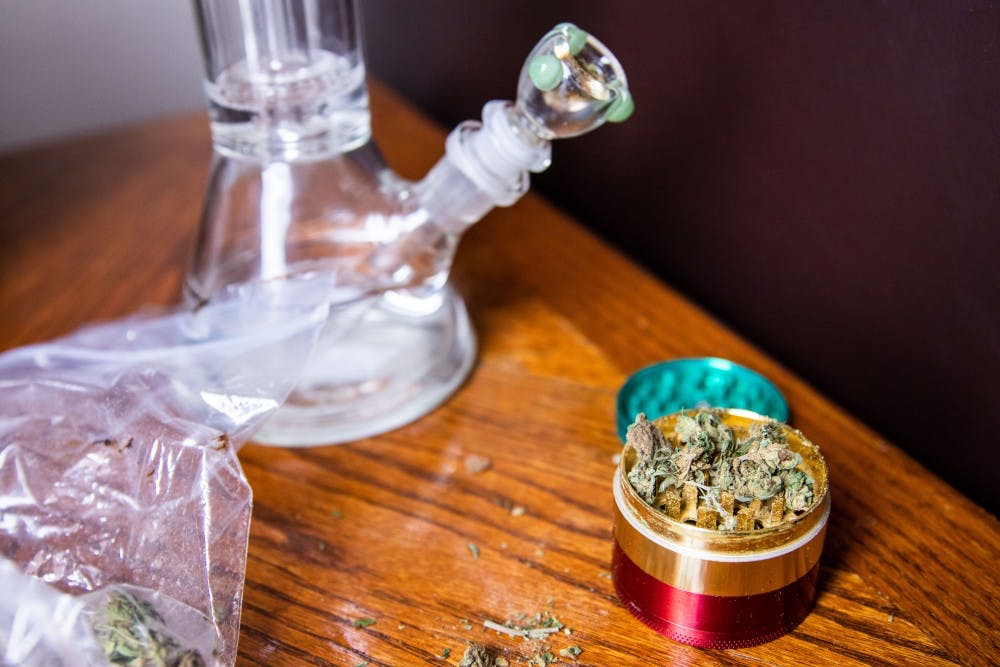 Only one out of four dispensary applicants vying for a location on East Grand River Avenue will receive a permit from the East Lansing City Council April 23, joining three that were approved March 26.

Councilmembers want to determine which site plan is the best, whether it be for providing the easiest access, the best odor control, or the greatest benefit to the public.

The city council set the special meeting for April 23 to issue a final decision on the situation.

James Daly and Brian Doelle own EL Grand. They already manage three Ann Arbor medical marijuana businesses including a growing operation, a testing facility and a dispensary. They were one of the first companies to receive state approval for a dispensary and are vertically integrated operators.

City code prevents remodeling in a way that increases the parking requirement. However, the city council can waive this requirement if they deem the building historically or culturally significant.

“In the absence of such exception, the use will be limited in scope as to not require more than 15 parking spaces,” according to the city's staff report.

ABCD Properties does not meet the requirement, with four parking spaces listed on its site plan.

Robert Ford, landscape architect for ABCD Properties, said the developers have acquired four additional spaces leased at 927 E. Grand River Ave. for employee parking. The property is about a five-minute walk from the proposed dispensary site and would satisfy the six-space parking requirement.

Most dispensaries' plans to address the smell of marijuana are similar. EL Grand’s published plan for odor control has a three-pronged approach including pre-packaged products, carbon filters and containment of areas with product.

DNVK has a similar strategy, utilizing design measures to seal the building and including carbon filters in air purification systems.

One requirement for special use permit approval is that dispensaries cannot affect adjacent properties by generating odors or any other form of nuisance.

Each applicant is required to donate either $5,000 or 1 percent of generated revenue to a charity organization.

DNVK has signed an agreement donating $40,000 annually to Jewish Spartans of East Lansing.

ABCD, EL Grand and CA-East Lansing all indicated to city officials that they are working on agreements with area charities.

“It is difficult to bank them,” she said. “That creates a cash economy.”

Councilmember Aaron Stephens said most who have reached out to him are supportive of new dispensaries. He said he encourages more student feedback on the competition between dispensaries.

“This is an area where legalization of marijuana has passed with flying colors, so that’s also something we should take into account,” he said.