Uncertainty, delays and competition: Why scooters still aren't back 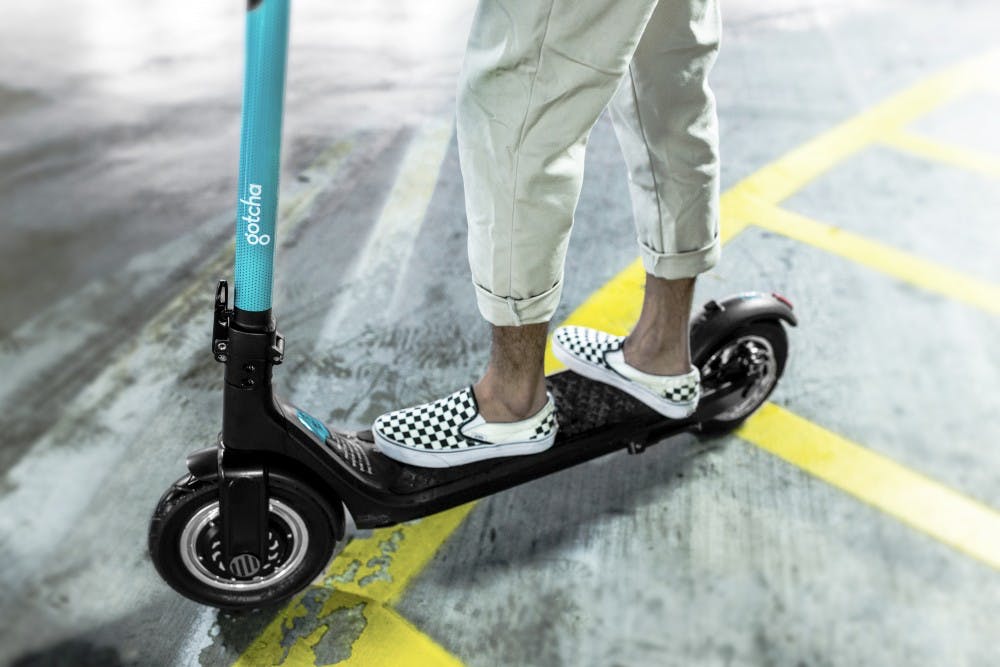 East Lansing City Manager George Lahanas figured the dockless scooters that took the city by storm last fall would have returned by now.

“I’m kind of surprised they’re not back yet,” he said.

Yet so far, only Spin and Gotcha — both new to East Lansing — have filed for a licensing agreement required after regulations went into effect March 20.

Scooter task force member and assistant to the city manager Nicole Bartell said in a statement that Lime is waiting to apply because of MSU's request for proposal, or RFP, process. Bartell said Bird has only inquired about a deadline to submit an application, which the city clerk's office told the company was nonexistent.

She said because MSU initiated the RFP process, the university would not choose more than one scooter provider. Lahanas said he wonders if other companies are waiting to apply to the city for the same reason.

“I’m not sure the university can do this because the streets are public streets,” he said.

MSU could designate a company as the only one allowed to place their scooters on campus for the day, Meadows said.

The university was serious about this move in February, Lahanas said. It would give one company a competitive advantage, because the heaviest scooter demand is along the city-campus border.

The MSU Board of Trustees lifted a campus-wide ban on electric scooters during its April 12 meeting. Scooters are now permitted on campus roadways and bike lanes.

In a statement, the university's communications office confirmed the university is going through an RFP process and said more information will be available soon.

Spin has been in talks with MSU and the city of East Lansing for the past few months. Gotcha and Spin both seek formal agreements before operating.

City Clerk Jennifer Shuster said the city asked Spin to provide a more detailed map for planned deployment areas — where the scooters will start at the beginning of the day.As of April 11, the new maps were sent to the city clerk's office.

Bartell said the materials Spin submitted to the city weren't as detailed as task force members were looking for.She said the city has reached out to downtown businesses for feedback on deployment zones, receiving mixed reactions.

The city is waiting on deployment zone plans from both Spin and Gotcha, Bartell said.

Department heads on the scooter task force must sign off on the licensing agreement before either company is fully approved.

"The next step is going to be working more directly with the companies as staff is able to establish those zones," Bartell said.

Gotcha CEO and founder Sean Flood said his company is different than the other providers.

“We’re not just a scooter company,” he said. “We don’t believe in just one product type."

Gotcha offers scooters, bikes, a ride sharing service and — most recently — trikes. Flood said he personally rode the trike 979 miles from Tallahassee to Austin, demonstrating the product along the way to South by Southwest in Austin, Texas last month.

“There are so many start-ups with scooters and other things,” Flood said. “People aren’t spending as much time to quality control the product.”

After conversations with Lansing, East Lansing and MSU, officials are interested in the non-scooter products the company offers, Flood said. But he's unsure if multiple products will be offered on the first day of operation.

“We don’t force any of our communities to have to have all of the products,” he said.

She said it isn't clear to city officials if the scooter companies would still want to deploy this close to the end of MSU's spring semester, something likely to be a topic of future conversations with the companies.