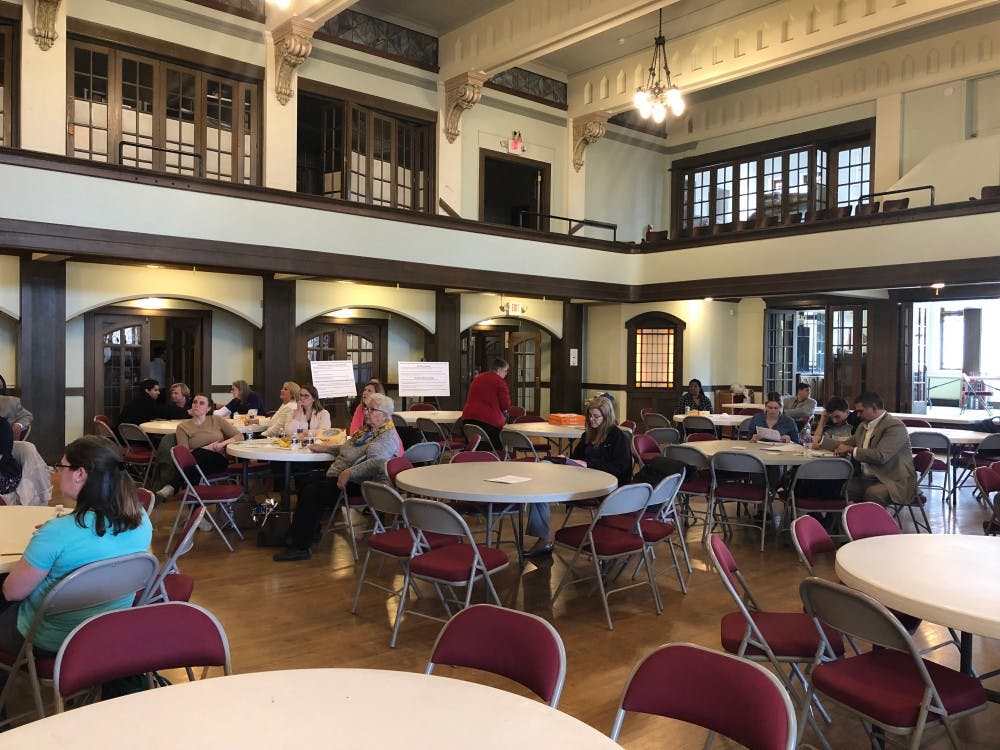 Michigan’s Children and the Children’s Trust Fund of Michigan held a public hearing on intersecting solutions to drug abuse, child abuse and neglect in Michigan on April 25 at Lansing's Central United Methodist Church.

Panelists sought to identify different practices across the state to prevent child abuse and neglect stemming from substance abuse.

“We know that many families are investigated for child abuse or neglect due to the effects of substance misuse, resulting in a variety of interventions, including removing children and youth from their families,” Michele Corey, vice president for programs with Michigan’s Children, said in a statement. “We also know that early experiences of child abuse and neglect increases one’s risk of developing a substance use disorder later in life.”

An estimated 8.7 million children have a parent that suffers from addiction, according to an American Academy of Pediatrics report. This increases the risk of foster care placements due to abuse and neglect, as well as a variety of mental and physical health issues that can follow children into adulthood.

But statistics don't tell the full story. Family Support Centerpresident Kim Metzger said a lack of access to programs aimed at rehabilitating one's substance abuse makes it difficult to solve the problem, especially if those programs are court ordered.

Metzger said a lack of transportation and affordable housing further complicates solutions for people seeking rehabilitation and reunification with their families. She recommends more dollars for treatment and seeks to standardize recreational and medical marijuana uses, which she said would prevent marijuana products from being laced with other drugs.

Teresa Stokes, a behavioral health coordinator for Children and Family Charities, said legislators should take a closer look at the prevalence of prescribing potentially addictive drugs for pain management within community health clinics. She recommended policymakers move toward a more holistic approach to pain management in clinics.

“Where do they go after they get treatment? What hope are we giving them?” he said.

Bluestein said often, people struggling with addiction can feel left out, especially if they don’t quite qualify for educational classes covered by Medicaid.

“A lot of times we create policies and programs that the community can’t even use,” he said.

"Although our children and families continue to face many challenges, the commitment of people working on the front lines to prevent child abuse and neglect is as strong as ever," Stabenow said in a statement.

The themes discussed by the panel will be reflected in the Citizen’s Research Panel on Prevention, or CRPP’s, recommendations to the Legislature and the Michigan Department of Health and Human Services. Citizen review panels like the CRPP are federally required to provide an opportunity for citizens, experts and service providers to guide potential solutions.

Bobby Dorigo Jones, policy and outreach associate for Michigan’s Children, said this is the first year the review panel has held public forums to create a space for citizens in the policy-making process.

“Their voices are best for defining the problems and solutions that we have,” Jones said.

The organizations plan to hold five additional public hearings across Michigan. Interested parties can provide feedback through a survey on the Michigan’s Children website.