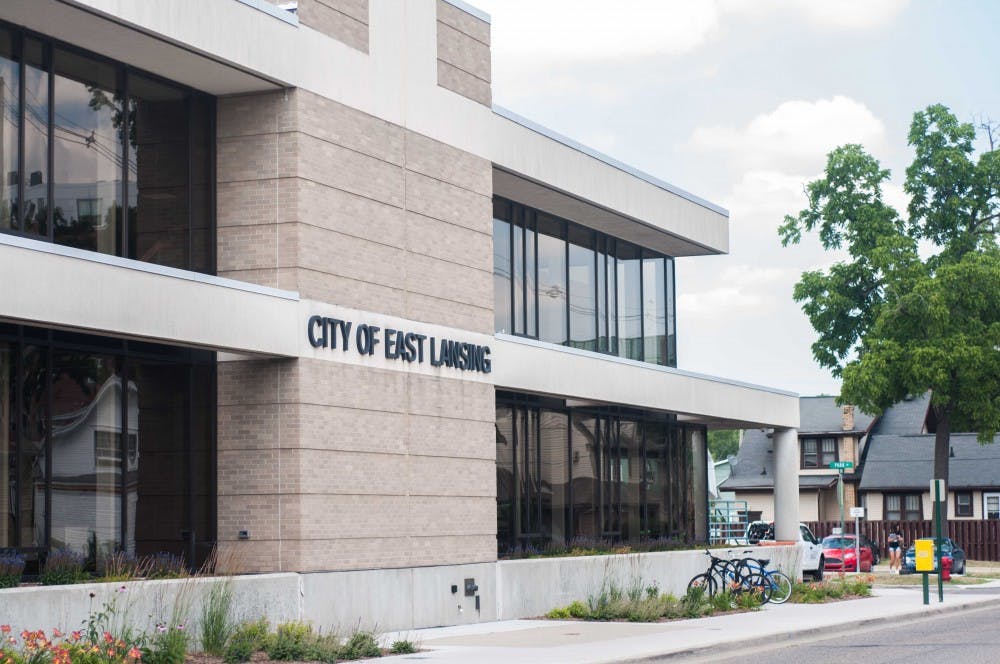 The council had four applications jockeying for position on East Grand River Avenue to choose from, but could only approve one due to regulations requiring 1,000 feet of separation between downtown dispensaries.

The other three applications considered were from Fresh Coast Provisioning, DNVK 1 and EL Grand.

Mayor Pro Tem Erik Altmann said an important characteristic of CA-East Lansing's application is its location, which is furthest from campus of the four. The council considered Michigan State Acting President Satish Udpa’s March 26 appeal not to place a dispensary near campus.

Altmann said placing a shop where one can purchase intoxicants right next to a liquor store is like placing two liquor stores side-by-side, and could be interpreted as "undue concentration."

Property owners on both sides of the building at 1234 E. Grand River Ave. spoke out against the approved location. Council members Aaron Stephens and Shanna Draheimsaid this gave them pause before approving the application.

The concerns were from property owners and not residents — an important distinction, Mayor Mark Meadows said.

“It’s a little different than the people who live in the apartment building next door,” he said.

The site uses two of the building's three floors and has its main entrance in the back. CA-East Lansing plans to only use the front entrance for emergencies, according to the staff report.

The council considered a variety of factors to determine which site plan was the best for the city.

The city council wanted verification of a property purchase agreement and a lease transfer between property owners and dispensary applicants. Council members said it would avoid court battles between the two parties if a dispensary is approved.

Existing leases at 1234 E. Grand River Ave., known as the Twelve Thirty-Four Building, are advertised until 2021. If residents maintain that lease, CA-East Lansing would start construction after the lease expires.

“We’re planning on hopefully giving the residents that are there a deal they can’t refuse. I think we could subsidize part of their education,” Schaffer said.

Fresh Coast Provisioning was the only applicant with complete ownership of the property for which they requested a special-use permit from, according to the council's report.

EL Grand reached a property agreement with Valvoline, an attorney for the company said.

DNVK provided a signed copy of the agreement between DNVK 1 and property owner Subway to council.

Fresh Coast’s report said it is the only company to have made a good-faith capital investment. It pledged 2 percent of its annual revenue to an East Lansing community foundation, as well as an annual $25,000 donation to the East Lansing Arts Council.

The city council wanted to select the applicant with the most credible claim of charitable donation, with binding letters of intent between the applicants and designated charity organizations.

"We as a city and we as policymakers do not have the ability to require them to keep their promises," Council member Aaron Stephens said.

CA-East Lansing's approved application includes an annual pledge of no less than $100,000 to charitable endeavors, as well as hosting weekly food drives. They provided letters of intent showing initial donations of $40,000 to Haven House and Children and Family Charities, and $10,000 to the Capital Area Humane Society.

Schaffer said the company would donate another $10,000 to the East Lansing Arts Council.

DNVK’s community impact overview included a similar letter of intent to donate $100,000 annually to Jewish Spartans, and planned to devote up to 160 hours per year to charitable work as well.

EL Grand also compares itself against the Valvoline, Subway, and party store site plans in a chart included in its presentation to the council. The company indicates that it is the only application with access to parking for patients and employees, as well as other structural advantages.

Fresh Coast Provisioning modified its site plans to meet an eight-space requirement. Council members said they had many questions surrounding the acquisition of parking spaces and whether modifying the site plan required the applicant to go back to the planning commission.

Since the last public hearing, DNVK added final site plansand renderings to the many plans its application provided to council — including employee training, patient education and staffing plans.

Schaffer defended the property's ease of access. He said deliveries are generally small, coming by van or SUV to minimize attention. The company is required to accept deliveries only outside of business hours, rendering Ford’s issue moot.