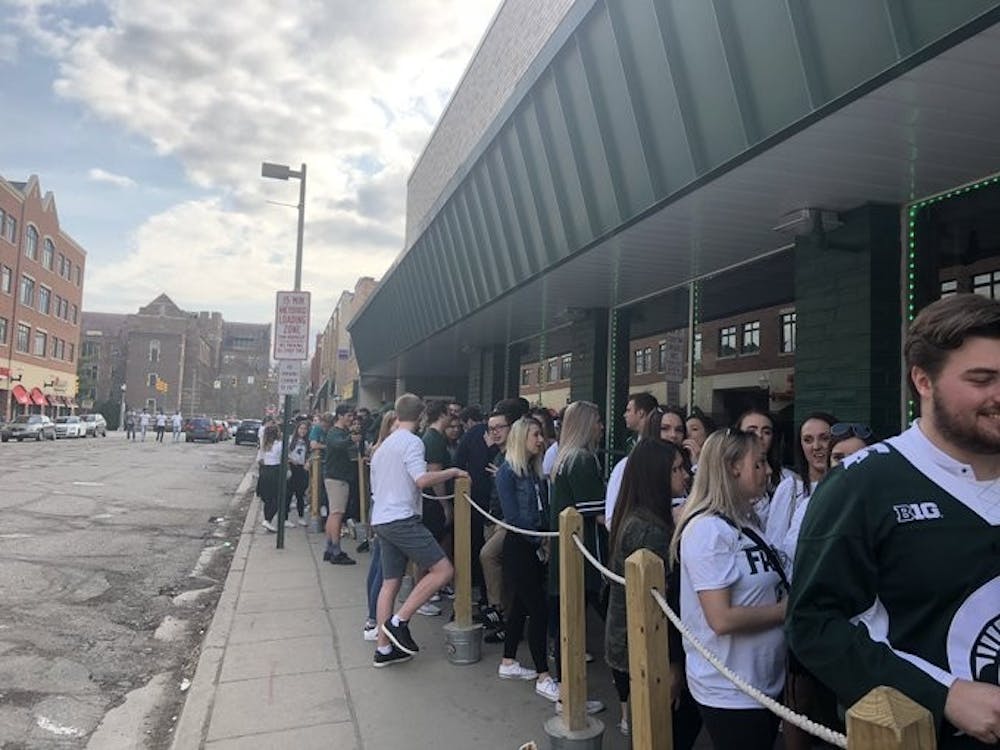 Outside The Riv on Saturday, approximately 2 and a half hours before tip-off Evan Jones | The State News

Michigan State students are heavily anticipating the Spartans' Final Four matchup against Texas Tech, with some lining up at East Lansing bars nearly six hours before the game starts.

Kinesiology senior Sydney Lucier said she has been in line at The Riv since 3:30 p.m.

"I wouldn't wait for three hours if I wasn't excited," she said.

Lucier and her friends' plans depend on getting into the bars. Even after waiting for more than three hours, she's not certain they can get in. She said there's been a lot of people using "cut the line" passes to get in.

"That holds back our time to get in," she said.

Jason Biebuyck, MSU chemical engineering senior, said he was in line for about 30 minutes at The Tin Can. He said he considered going to The Riv until seeing how many other students had a similar idea.

“We could actually see (The Riv's) line from down the road, so we decided to say no to that,” Biebuyck said.

Mechanical engineering senior Andy Albright joined Biebuyck in line at Tin Can. Albright said he hopes to celebrate after the game.

Computer engineering senior Gurbir Grewal has plans that also depend on the MSU basketball team's performance. He said hopefully he can party more after a Final Four victory.

Grewal was also in the long line at The Riv. He said he had been in line since about 4 p.m.