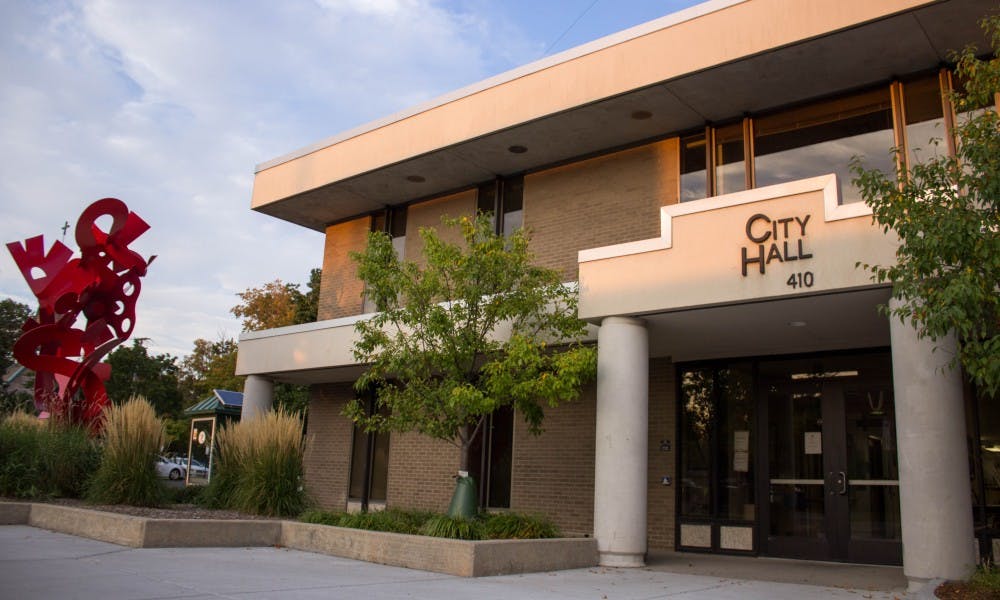 The East Lansing City Council doesn’t have a clear direction on handling recreational marijuana penalties after an April 16 discussion-only meeting regarding two visions of a potential ordinance.

The council first opened discussion on penalties last month, as existing regulations consider all recreational marijuana use to be illegal. The key division among councilmembers is whether to assign civil infractions — similar to a traffic ticket — for all violations of state law, or to have certain crimes carry heftier misdemeanor penalties.

Both recreational marijuana proposals being debated by the city council are less strict than Michigan law. Smoking in public and possession of more than 2.5 ounces are civil infractions in both versions of the ordinance, while the state considers them misdemeanors.

Misdemeanors typically don’t warrant an arrest; the accused are just issued a court appearance ticket, East Lansing City Attorney Thomas Yeadon said. Judges typically suggest defendants facing their first misdemeanor offense to have a pre-trial, where they can likely plea-bargain their penalty down to a civil infraction, he said.

A second offense may go through the same plea bargain process — albeit with a higher fine — unless there is other egregious conduct, Yeadon said.

“The intent of a misdemeanor would be to prevent it in the first place,” East Lansing Police Department Chief Larry Sparkes said.

Councilmember Aaron Stephens said he is in favor of penalizing all marijuana crimes as civil infractions. By assigning misdemeanors and expecting them to be plea-bargained down, the city ignores the possibility that those without adequate legal counsel may still end up with the more serious punishment, he said.

“We’re looking at a misdemeanor for somebody who doesn’t understand how to traverse the judicial system, versus a civil infraction for somebody who might have the ability or the money to do so,” Stephens said. “That’s a divide that I think we should be considering.”

Misdemeanors require a court appearance, for which the city must provide legal representation if the defendant requests it, Mayor Mark Meadows said.

“This actually gives them more representation by having a misdemeanor here,” he said.

Meadows said he preferred misdemeanor charges for smoking marijuana in a vehicle and possessing it on school property. Councilmember Ruth Beier also questioned the benefits of eliminating the misdemeanors.

Mayor Pro Tem Erik Altmann said it was a "bad idea" to make smoking in a vehicle a civil infraction. Whatever penalty is attached to smoking marijuana in the passenger seat would effectively become the penalty for driving while smoking marijuana, because a driver could just hand it over to the passenger, he said.

Councilmember Shanna Draheim said she struggles with how to best regulate marijuana use in cars, due to uncertainty around verifying when someone is driving while under the influence.

“You can’t test if they’re high on site,” she said. “We’re still working on that.”

Draheim said she still has an interest in deterring marijuana use while driving and would be comfortable with civil infractions across the board for first and second offenses.

“There’s a very (strongly) held mythology around a lot of people that it’s okay to smoke pot and drive,” she said.

The council will next discuss the issue at its April 23 meeting, during a hearing on the ordinance.