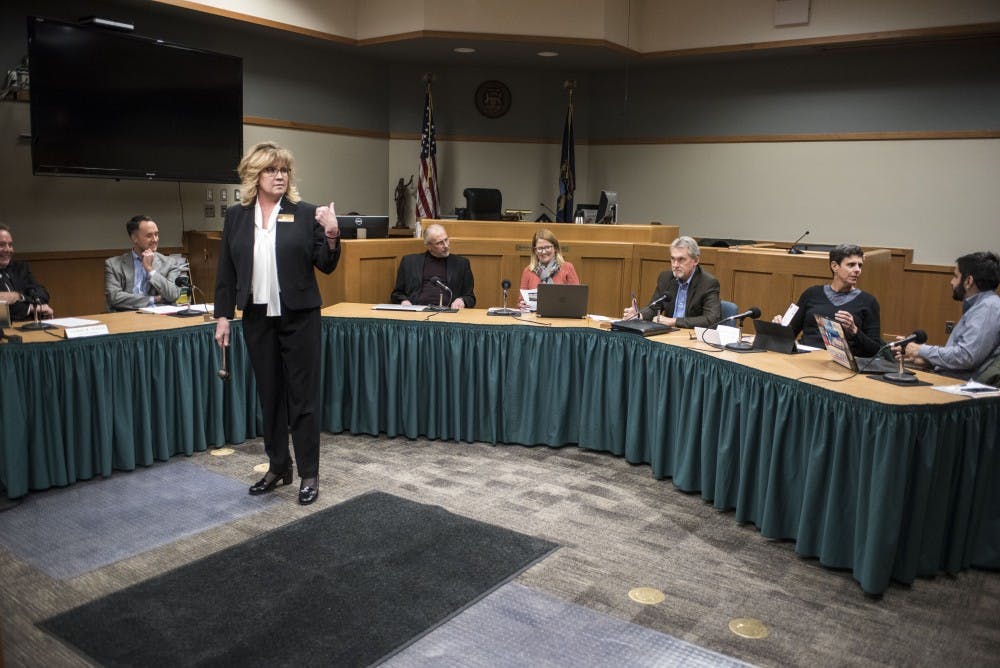 The East Lansing City Council considered boundary changes to the Oakwood Historic District and other regulatory changes during its Tuesday meeting.

An ordinance regulating electric scooter operation was formally introduced after the council's discussion-only meeting last week. City Manager George Lahanas said the council is expected to act on it during its March 6 meeting.

“The companies will probably come back, wanting to be in,” Lahanas said.

The council also set a public hearing for March 26 for ABCD Properties, EL Grand and Green Peak Industries, to consider their respective requests for a special use permit to operate marijuana dispensaries.

The companies will join at least three others on that date. Some of the applicants are competing for lucrative locations along East Grand River Avenue.

The council will decide if any changes should be made to dispensary regulations during that meeting with the consideration of an ordinance to lessen separation distances between dispensaries.

An ordinance recommended by the East Lansing Planning Commission to establish electric vehicle charging station requirements was also set for the March 26 agenda.

The council also extended financial support for its before-and-after care program in partnership with East Lansing Public Schools for five years. The program enables parents to drop their children off at school at 7 a.m. and pick them up at 5 p.m.

On Nov. 6, 2013, the East Lansing City Council created a study committee to determine whether the existing boundaries of the historic district should be modified.

East Lansing Planning, Building and Development Director Tim Dempsey provided a memo to council before the meeting outlining his department's recommendations from results of the study.

The council posted results from the study committee, which recommended four proposals including new additions to and exclusions from district boundaries.

One proposal would remove properties along Evergreen Avenue from the historic district, with an exception for Downtown Development Authority-owned properties.

Three proposed areas to add to the district are included in a map provided to the council, which would impose regulations to exterior changes on homes within the new boundaries.

The Hannah Community Center is one proposed addition to the district. Dempsey did not recommend further additions due to suggestions from state government agencies.

East Lansing Senior Planner Darcy Schmitt said the purpose of including the community center was to recognize the age and character of the building. She said there was no specific resident feedback from residents about including the Hannah Center in the district.

Mayor Mark Meadows said he thought there were too many questions that remained unanswered from the more than five-year-old report. The issue was deferred to a later meeting.

“I don’t see this as a final report,” Meadows said.

Councilmember Aaron Stephens agreed with the deferral, adding that a city committee is already working on the future of the Hannah Community Center.

“Maybe it’s a question for them, too,” Stephens said.

Councilmember Shanna Draheim said historic districts can be important to maintain the character of a neighborhood, but agreed with the deferral based on community feedback.

“We have not heard overwhelming support for adding homes into this, and I do think this is a